The Navy League of The United States Has Awarded The Fleet Admiral Chester W. Nimitz To Joseph J. Battaglia, President And CEO Of Telephonics Corporation

4/20/2011  -  Telephonics Corporation, a wholly owned subsidiary of Griffon Corporation (NYSE:GFF), announced today that its President and CEO, Mr. Joseph J. Battaglia, received the prestigious Fleet Admiral Chester W. Nimitz Award during the Sea-Air-Space Black Tie Gala on April 12, 2011. This award is presented to an individual or organization that has made an exemplary contribution to the enhancement of U.S. maritime strength and in turn, to the national security of the United States. As President and CEO of Telephonics Corporation since 1995, Mr. Battaglia has seen his company become a leading supplier to U.S. and international military markets. He was a champion in the development of the MH-60R Seahawk Multi-Mode Radar, which fundamentally changed the way the U.S. Navy conducts anti-submarine warfare with Carrier Strike Groups.

In his 40-plus year career, Mr. Battaglia has held a variety of positions, including vice president and general manager of Lockheed Martin's Defense Systems Division and vice president of Business Development for Litton's Laser Systems Division. He is a graduate of Adelphi University with a Bachelor and Master of Science degrees in Electrical Engineering and Applied Physics, respectively.

Telephonics Corporation is honored and proud to have Joe Battaglia as their leader and we thank Joe for his dedication, outstanding leadership and vision that makes Telephonics what it is today.

Griffon Corporation (the 'Company' or 'Griffon'), headquartered in New York, N.Y., is a diversified management and holding company that conducts business through wholly-owned subsidiaries. The Company oversees the operations of its subsidiaries, allocates resources among them and manages their capital structures. The Company provides direction and assistance to its subsidiaries in connection with acquisition and growth opportunities as well as in connection with divestitures. Griffon also seeks out, evaluates and, when appropriate, will acquire additional businesses that offer potentially attractive returns on capital to further diversify itself. 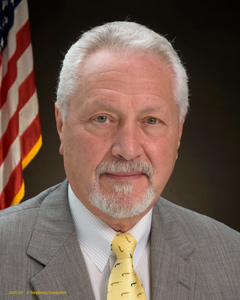